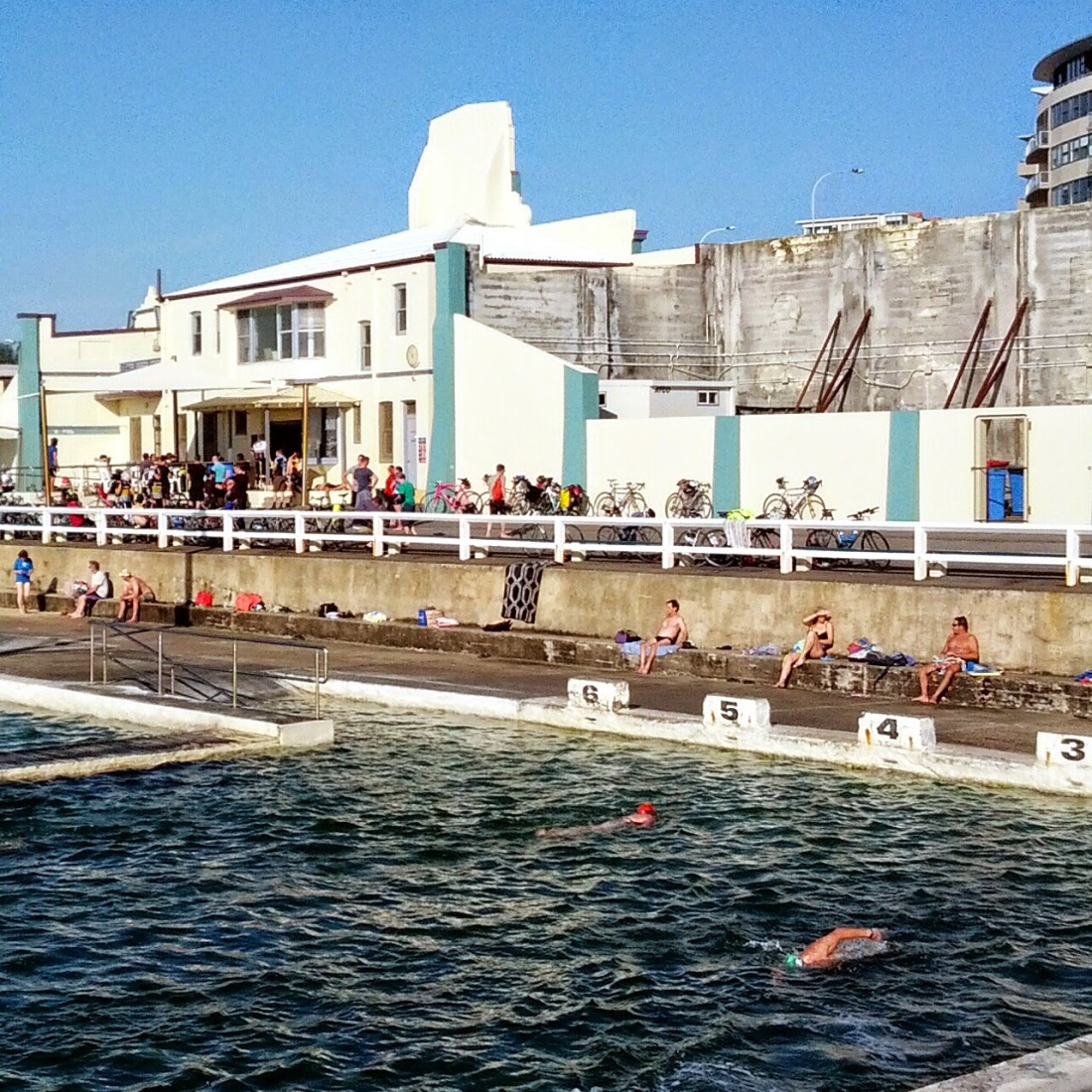 Photo above by Ben Salmon

So as you can see above Newcastle Overnight 3 is over.  It was a success beyond our wildest expectations.  230 registered to ride, of these 201 picked up their card, passed lighting check and set out into the darkness.  So far we’ve had emails confirming 121 arrivals in Newcastle and only 3 who pulled out at some stage or other.  We’ve been sent so many great stories from the night it’s a little hard to know where to begin.

A group from Newcastle (Matt, Tim and Simon) turned the ride into a 500 by riding down on Saturday, back on Saturday night and then adding a little loop on top.

Graham Webber rode to the start from Lochinvar, then back again with us making for a 404km round trip in 22 hours.

From what we can tell the first riders got to Newcastle at 4:15am and the last rolled in at 10:30am. His story:

Thanks for such an awesome ride.
I did finish the ride although a bit late. I got there only by 10:30
next morning. I wasn’t expecting anyone to be there. But it was worth
it.

I had a crash around the 80KM mark, in the hills, lost control on the
loose gravel section of the cycle track. The guys that I was cycling
with, don’t remember their names unfortunately, were so helpful. One
person, Adrian from Perth, even stayed with me until i was feeling
better.
The crash left with me slightly bent front wheel (and unusable disc
brake on the front), so was riding slower than I could. I have bruises
all over but nothing serious.

I absolutely loved the ride and experience. Of course I wish that I
hadn’t crashed. But I’m thankful it is just superficial bruises. The
bike can be fixed! 🙂

Thanks again. Hope to see you guys next year!

This qualifies Pratha for last finisher unless there is another claimant…

The biggest step prize, also we have a few contendors

Seth seems to be the leader with the longest ride till this one at 30km.  Nominated by Marcus

Hi guys…Thanks for an awesome ride!! We’re already talking about next year.
Not sure if I’m too late…was going to mention it, but forgot…but i wanted to nominate one of the guys I was riding with for smashing their longest ride ever record. Seth Shaunessy…his previous longests would’ve been return trips along the fernleigh track…so probably only 30 odd km. He only picked up his ogre 2 weeks ago!
Understand if it’s too late…

Again thanks for your efforts!! VERY much appreciated!

The comraderie award has had a heap of nominations, Adrian as above,

How do I nominate somebody? Eg Cormack.. What a guy!

My Comraderie nomination goes to Parag. I met Parag at the Budgewoi pit stop. I was in pretty bad shape by this point. Suffering cramp in both legs and my fingers were numb. He offered to accompany me the rest of the way. Often coasting along to stay with me at my slow pace. Parag held good conversation to distract from the monotony of turning the pedals over. Took and posed for instagram photos. Offered me his water to save me having to get mine out of my bag. (who rides 175 ks on a bike without a bottle holder, seriously…) anyway his companionship and encouragement is what got me through the last section of the ride. and many more.

We would like to give the award to the people who stopped and helped the rider who crashed after his brake lever fell into the wheel on the section between Brooklyn and the first tea stop.  If you could self nominate on newcastleovernight@gmail.com that would be great.

Everyone seemed to love the tea stops.  From Carlin:

Thanks so much for organising the Newcastle Overnight again. I had a great ride, caught up with some old friends, made some new ones and got through those tough pre-dawn hours. I think the organisation was pretty much spot on, not too much not too little, the Mt White tea stop was particularly good.
Most inappropriate bike, well there were many contendors, fools on full carbon race bikes, others on bikes made from bamboo, single speeds, Bromptons Cargo bikes etc.  But 2 guys on tarck bikes without brakes, we think that’s hard to beat…

No one seems to be able to find the turns to Fernleigh track or the Budgewoi shortcut.  We’ll work on some signs for next year !

There is a fun youtube video to remember it all, we’ve lost the link but do a search for Newcastle Overnight and it will pop right up.  It’s fun watching the headlight dim as the night goes on, should have gone the dynamo path…. 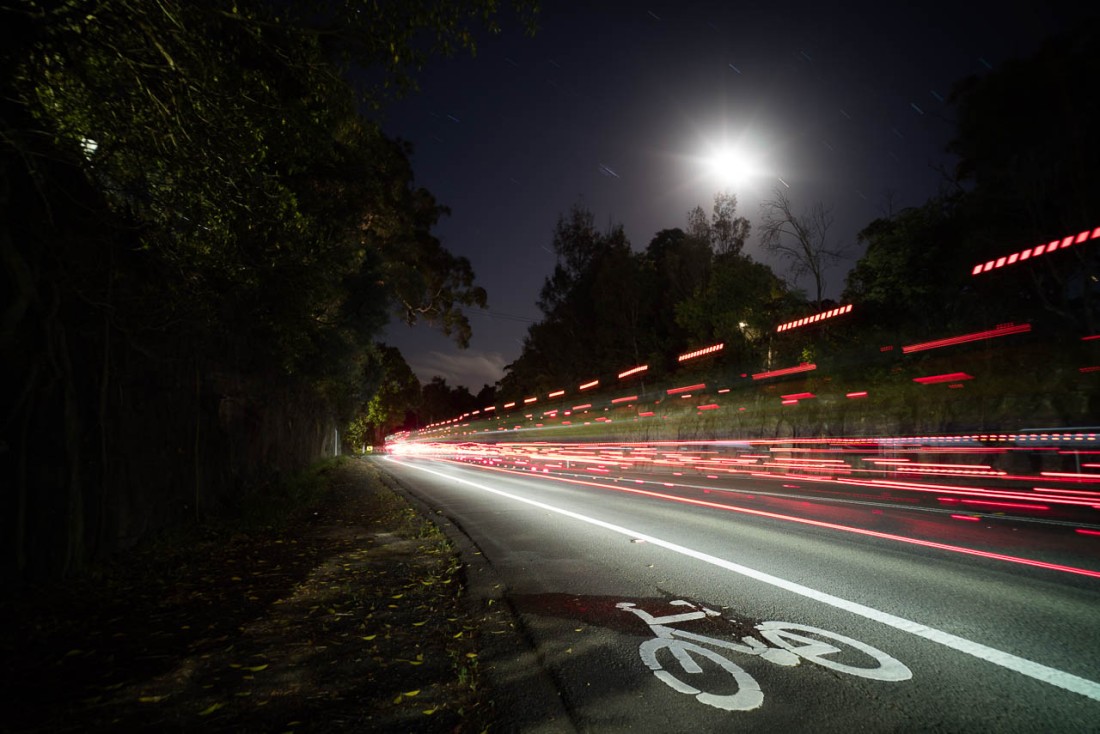 The view from the road side by Robert Hoehne

One thought on “The Wrap Pt 1”