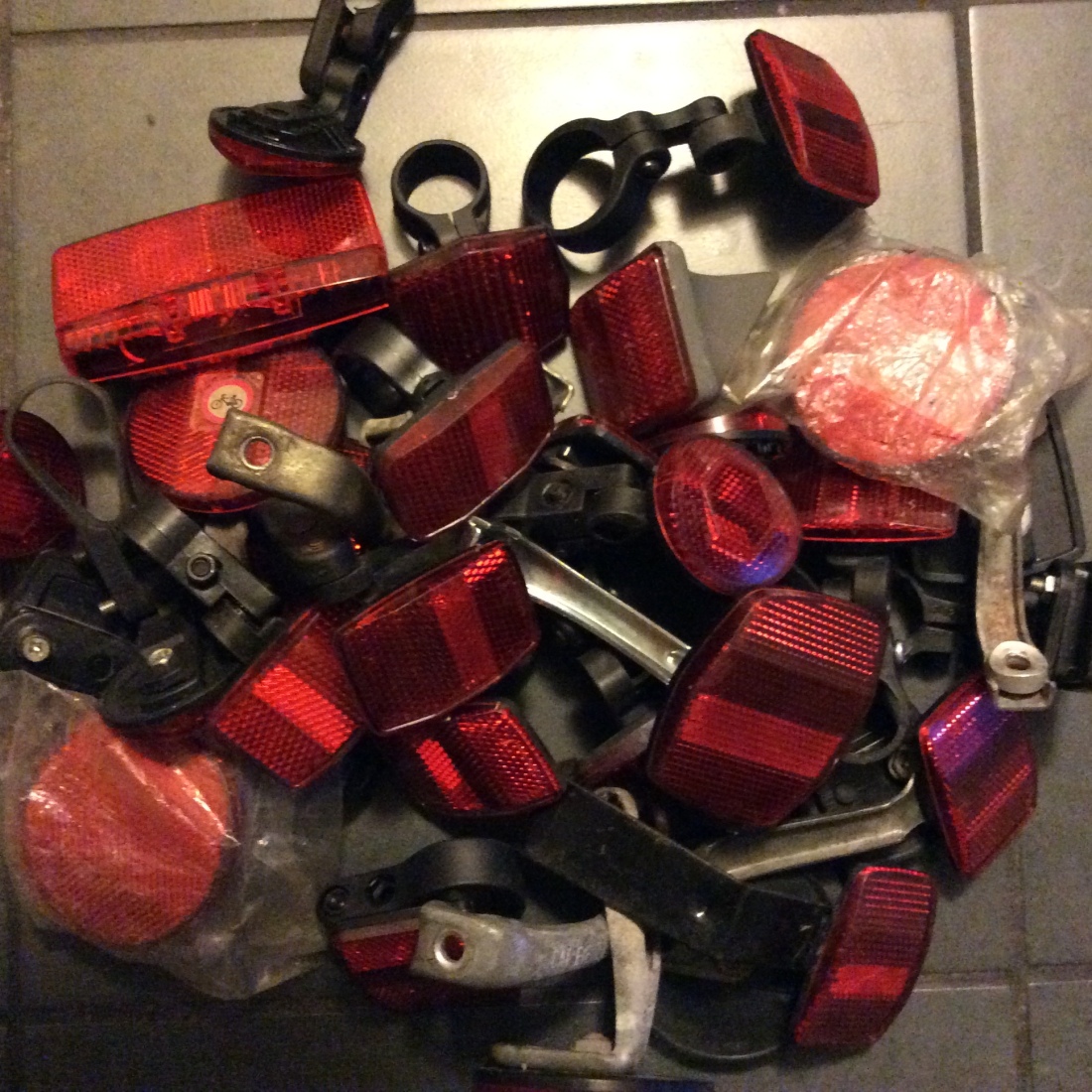 So the entries are flooding in, over 75 already and there are still 3 weeks to go !

We have amassed a small collection of rear reflectors, complete with a variety of mounting brackets, so if you’re missing one don’t despair.

If you’re worried that it’s just too far then the addition of a reflector won’t change that, but there are some options to bail out that you might reflect upon:

172km is a long way to ride, it’s by no means impossible but bikes (and spirits) can break. Bikes can be repaired and if you can’t fix it hopefully someone who can will stop and help. Bodies can also conk out, but  respond well to rest, food drink and companionship. If it’s really a lost cause there are a few bail out options along the way. As far as the Hawksebury River (50km) the route closely follows the train line and as far as Hornsby (23km) there are regular services back to Central until midnight. Once you are past Hornsby the trains thin out a lot. The last train leaves Hawksebury River (Brooklyn) at 23:38. You would need to average 20km/hr to make it to here in time (assuming you leave at 9pm) If you make it this far you get the really great run downhill from Cowan to the river. If it looks like you might miss the train then you can catch the same train at Cowan at 23:48, or Berowra 23:54, or Mt Colah at a minute past midnight ! This train gets into Central at 12:45am.
If you make it past The Hawkesbury the next option is Gosford (76km) the only problem here is that the first train that will get you back to Sydney doesn’t leave till 3:00am.
Once you pass Gosford you leave the train line for good until Charlestown, and from Charlestown you could crawl to the finish !
There are stations between Gosford and Charlestown but the train line is a long way West of our Route, the stations can be found of course, but you will need a map, not many locals will be up and about at 3am to help.
Registrations are still open.

4 thoughts on “Things to Reflect on (or with)”